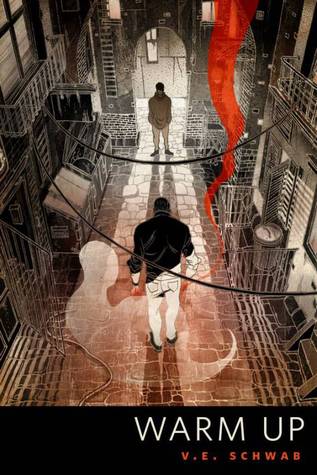 It’s been 297 days since David died–and came back.

He may have survived the avalanche, but the aftermath has been far worse. His wife moved out, taking his son with her, and a devastated David hasn’t left his house since, terrified of the mysterious new power that followed him home from the ill-fated expedition.

After months in seclusion, David’s ready for a fresh start, and ventures out, determined to keep his power in check. But David’s power isn’t the one he needs to worry about.

“Some people forget, he thought. A bad thing happens to them and their mind sweeps in and buries the bad thing deep, and all that’s left is a stretch of white in their heads, like fresh snow. Looking at it—at them—you wouldn’t even know anything was trapped beneath”

I’m planning on reading Vicious and Vengeful this year (hopefully) and I though I might as well read this short story before starting. It didn’t exactly give anything away but I assume I’ll know more when I start the books. Victoria Schwab’s writing is so on point though!

You can read this short story on Tor.com here!

Are Vicious and Vengeful on your TBR this year?