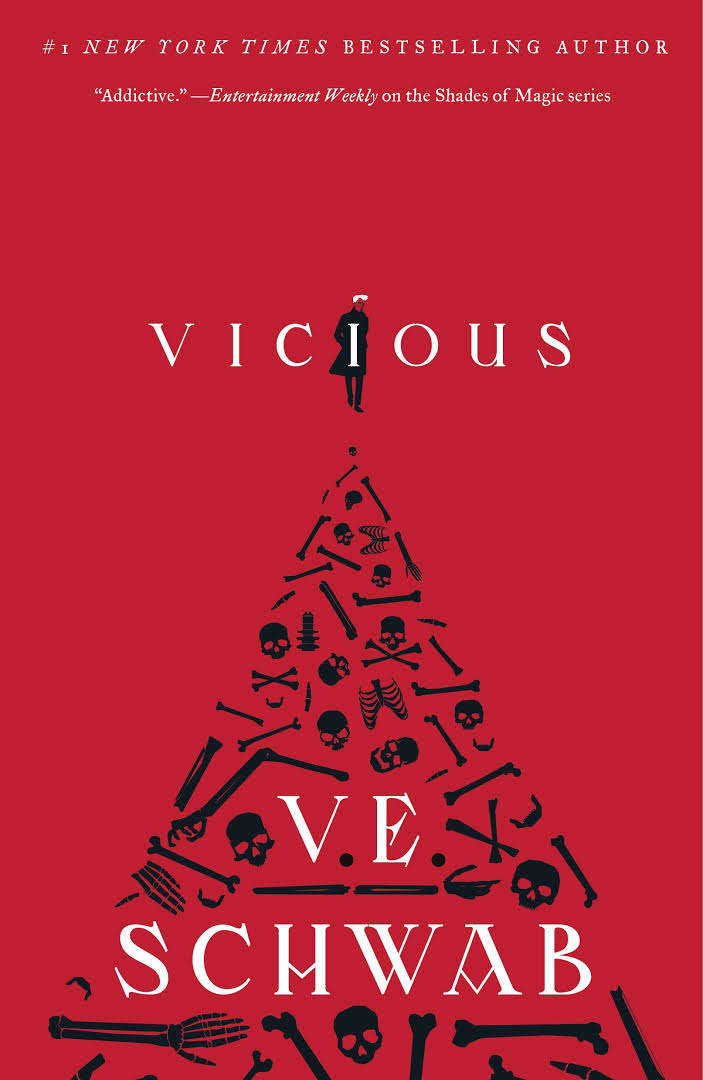 Victor and Eli started out as college roommates—brilliant, arrogant, lonely boys who recognized the same sharpness and ambition in each other. In their senior year, a shared research interest in adrenaline, near-death experiences, and seemingly supernatural events reveals an intriguing possibility: that under the right conditions, someone could develop extraordinary abilities. But when their thesis moves from the academic to the experimental, things go horribly wrong.

Ten years later, Victor breaks out of prison, determined to catch up to his old friend (now foe), aided by a young girl whose reserved nature obscures a stunning ability. Meanwhile, Eli is on a mission to eradicate every other super-powered person that he can find—aside from his sidekick, an enigmatic woman with an unbreakable will. Armed with terrible power on both sides, driven by the memory of betrayal and loss, the archnemeses have set a course for revenge—but who will be left alive at the end?

“Plenty of humans were monstrous, and plenty of monsters knew how to play at being human.”

I never thought there would be a day when I read a book from the villains point of view, but I can assure you that I was not disappointed. Both Victor and Eli are insane. I can’t say I didn’t question myself while reading this. But goodness this was so original! It was something new and fresh, and definitely something I haven’t read before.

The tables turned in such a way. While reading I was aware that both Eli and Victor were wrong but I couldn’t help it. I was rooting for Victor a little bit. Just a tiny bit (Probably the biggest lie I have ever told.) Victoria Schwab gives you two villains, and let’s you decide which side you’re on. Of course every villain is a hero in his/her own eyes. And that is exactly what we got to witness here.

Victor Vale: This man right here has become my favorite villain. There’s no way around this. Cunning, persuasive and unworldly ambition. The sheer determination that Vic had throughout this book was intense. I mean if I was in prison for 10 year I don’t think I’d have the energy for revenge, but what can I say.

“There are no good men in this game.”

Eli Cardale: I had my suspicions when he was first introduced, and I kind of stuck to Victor the whole time (and then they both turned out to be quite insane) but I constantly felt uneasy about his character. I was absolutely sure he was losing his marbles at some point. The events that happened were definitely confirmation enough that I was right.

Sydney Clarke: An absolute favorite. I loved her relationship with Victor and Mitch. And lets not forget dol. She was a pretty smart and brave kid. Not to mention loyal.

Serena Clarke: I hated her. That’s literally all there is to it. Despite the fact that the whole book consists of villains and sidekicks, Serena was one that I hated by the minute. I couldn’t believe she would do such a thing to her own sister. She changed her mind towards the end of the book, but what if it was already too late?

Mitch Turner: Broad, tattooed and the biggest sweetheart you could ever imagine. I loved how protective he was of Sydney. I also loved how he stuck with Victor. Anyone else wouldn’t have put up with half of Vic’s crazy ideas.

“So what do you want then?” he asked.
Victor‘s lips curled into that same, dangerous smile. “A friend.”
“That‘s all?” he asked, disbelieving.
“A good friend, Mr. Turner, is very hard to find.”

The story was fast paced. I wasn’t disappointed by the events. I loved how complex everything was, and I loved the way the book ended. Vengeful is waiting for me to read it and I don’t think I’ll be ignoring it any longer.

Are you planning on reading Vicious? If you’ve already read it what are your thoughts?