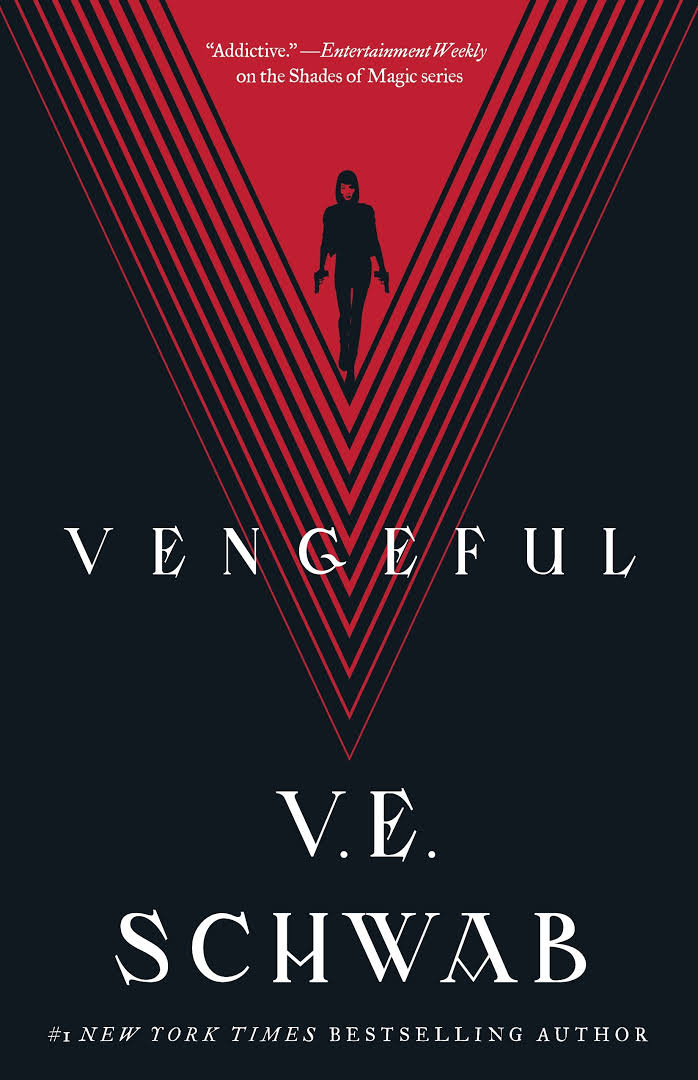 Sydney once had Serena—beloved sister, betrayed enemy, powerful ally. But now she is alone, except for her thrice-dead dog, Dol, and then there’s Victor, who thinks Sydney doesn’t know about his most recent act of vengeance.

Victor himself is under the radar these days—being buried and re-animated can strike concern even if one has superhuman powers. But despite his own worries, his anger remains. And Eli Ever still has yet to pay for the evil he has done.

“Every end is a new beginning.”

I can’t put in words how much I adore these books. I would honestly recommend this to every single person in existence.

I read Vicious a couple of days ago. I couldn’t control myself and dived into this on the weekend. Victoria Schwab managed to give us the most complex story about Villains there is, and I loved every minute of it!

So, thanks to Sydney, Victor is back but not without consequence. We watch Victor struggle to find a way to fix what went wrong. A lot of failed attempts and the desperation just increases. Victor does a lot of things that could warrant someone to hate him. Truthfully, he is probably my favorite character from these books. It isn’t everyday where you read a story from the villains point of view, and I love that Schwab doesn’t try to justify what he’s doing.

Sydney is quite grown in this one. Maybe not physically, but you can see the differences between when she was thirteen and now. Mitch was as supportive as ever. He helps Victor find EOs that could help, and is constantly worrying about Victor and Sydney.

We had a lot of time jumping which was a tad bit confusing, but I got the hang of it after a while. We also switched a lot between characters, and I really enjoyed that aspect. I loved how you could tell the difference between the narration of each character.

We got a glimpse of what the past was like for Eli. His upbringing and the troubles he faced. This made me love and hate him all at once, and I don’t think I’ve ever been more confused. Marcella was a new addition to the characters. I especially loved her point of view (aside from Victor of course) she was all kinds of badass. June was also a new face (literally) I admit I didn’t really understand why she was so attached to Sydney so much. It got quite annoying after a while, and I wanted nothing more than for Sydney to be with Victor and Mitch.

“Marcella sighed. “Men are always so impatient. Perhaps it comes from a lifetime of being given what you want, when you want it. Sometimes, Joseph, you just have to wait.”

I really really enjoyed these books. I can only hope that this wont be the last we see of these characters. I would definitely love to see what happens next to them. The story became so much more complex than it was. Another battle for us to decide which side we’re on.

Have you read Vengeful yet?