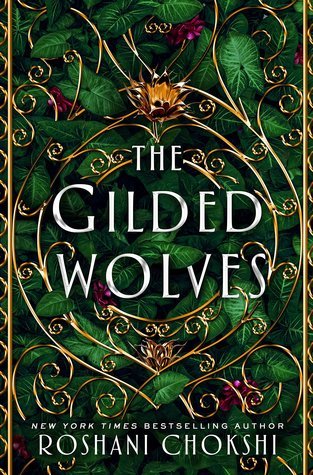 No one believes in them. But soon no one will forget them.

It’s 1889. The city is on the cusp of industry and power, and the Exposition Universelle has breathed new life into the streets and dredged up ancient secrets. Here, no one keeps tabs on dark truths better than treasure-hunter and wealthy hotelier Séverin Montagnet-Alarie. When the elite, ever-powerful Order of Babel coerces him to help them on a mission, Séverin is offered a treasure that he never imagined: his true inheritance.

To hunt down the ancient artifact the Order seeks, Séverin calls upon a band of unlikely experts: An engineer with a debt to pay. A historian banished from his home. A dancer with a sinister past. And a brother in arms if not blood.

Together, they will join Séverin as he explores the dark, glittering heart of Paris. What they find might change the course of history–but only if they can stay alive.

“He didn’t understand that sometimes the only way to take down what had destroyed you was to disguise yourself as part of it.”

Thank you Wednesday Books for sending me a review copy in exchange for an honest review!

The Gilded Wolves has been my most anticipated 2019 release since the day I heard about it. This book was intoxicating in every way imaginable. The world building was so incredibly rich and the book was filled with puzzles, history and most of all diverse characters. I fell in love with it from the very first page. Historical fantasy has never been a genre I’ve thought of trying, but damn if Roshani Chokshi didn’t change my mind with this one.

The story is set in Paris in 1889 where children by a certain age can manifest magic, either Matter or Mind. Heists and secret societies are also a large part of this book. The characters live at a hotel called L’Eden which is where all the plotting is done. The story is told from the point of view of each character. This is one of my favorite aspects of a book. I love seeing the world from a different angle, and I love finding out more about the characters individually. The book gave me major Six of Crows vibes (which is another book I highly recommend you read). I loved every single character in this book. It’s been so long since that’s happened and I’m so happy that it was this one.

Séverin has got to be a favorite of mine (I mean they all are but you get the point). He’s French-Algerian and is struggling to regain his inheritance and tries to do so in a million different ways. He’s also quite protective of the group, and is the biggest mastermind.

Tristan is considered a brother to Séverin. He has a green thumb and looks after all sorts of planets in his garden. He also has a tarantula named Goliath, that needs to be fed at midnight. Which I would definitely try to avoid.

Laila has her own past to deal with and a book of secrets she’s seeking. She’s Indian and has a love for dancing and baking. Also goes by the name L’Enigme. One of my favorite characters who I consider the mom friend.

“’Your hands are frigid,’ she said, scowling. ‘What king of lover has cold hands?’
‘One who makes up for temperature with talent.’”

Zofia is working on paying her debts and trying to support her sister so that she can get into medical school. She struck me as being on the autism spectrum. She finds it difficult to relate to people and is often confused by some actions and phrases. Prefers to focus on numbers and counts things when she’s feeling anxious. Has had to deal with anti-semitism. Is polish and Jewish. Also considered as scientist.

Hypnos had me laughing the whole time. At first I was a little wary about him but soon I loved him just as much as the rest. He’s the heir of a French aristocrat but the people don’t fail to point out that he’s also a descendant of slavery.

Enrique is a historian. He’s struggling with his identity and suffering from racism. He’s Filipino/Spanish and is often looked past by others because of his features and the fact that he’s biracial. I think this really will hit home for so many. The cultural erasure part of this book was also quite sad and upsetting considering the fact that he’s a historian, and is looking for ways to preserve that.

“But the greatest thief of all was the Order of Babel, for they stole more than just objects . . . they stole histories”

The world building was quite complex and might be confusing to some, but with time you get completely sucked into the world and the adventures. This book had everything I’ve ever wanted. The way the book ended is on a level of it’s own! (What was that?!). I can’t wait for book two. I’m already thinking about all the possibilities and I’m waiting for a certain romance to unfold in book two. I’ve clearly written a lot but I can’t explain to you how absolutely in love I am with this. I can’t recommend this enough! Please add this to your reading list. 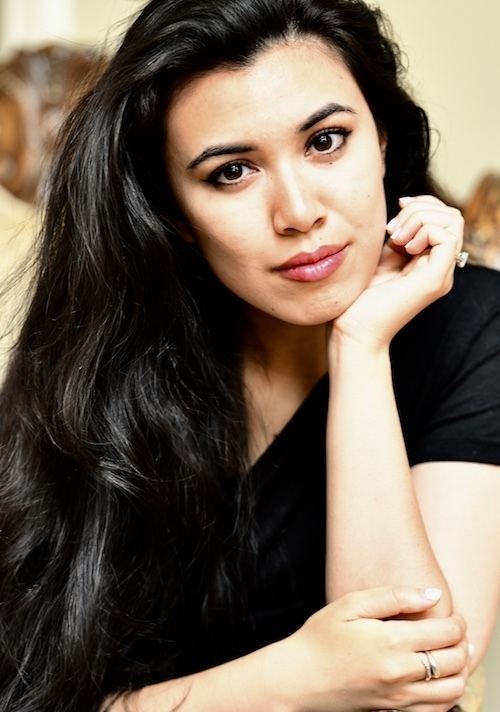 Roshani Chokshi is the New York Times bestselling author of The Star-Touched Queen and A CROWN OF WISHES. Her middle grade debut, ARU SHAH AND THE END OF TIME, released April 3, 2018 from Disney/Rick Riordan Presents. The sequel, ARU SHAH AND THE SONG OF DEATH is slated to release April 30, 2019. Her next young adult novel, THE GILDED WOLVES, is slated for January 15, 2019. Chokshi’s work has appeared in Strange Horizons, Shimmer, and Book Smugglers. She was a finalist in the 2016 Andre Norton Award and the Locus Top Ten for Best First Novel. Her short story, “The Star Maiden,” was longlisted for the British Fantasy Science Award.

Have you read The Gilded Wolves yet? Is it on your TBR?