Love From A to Z 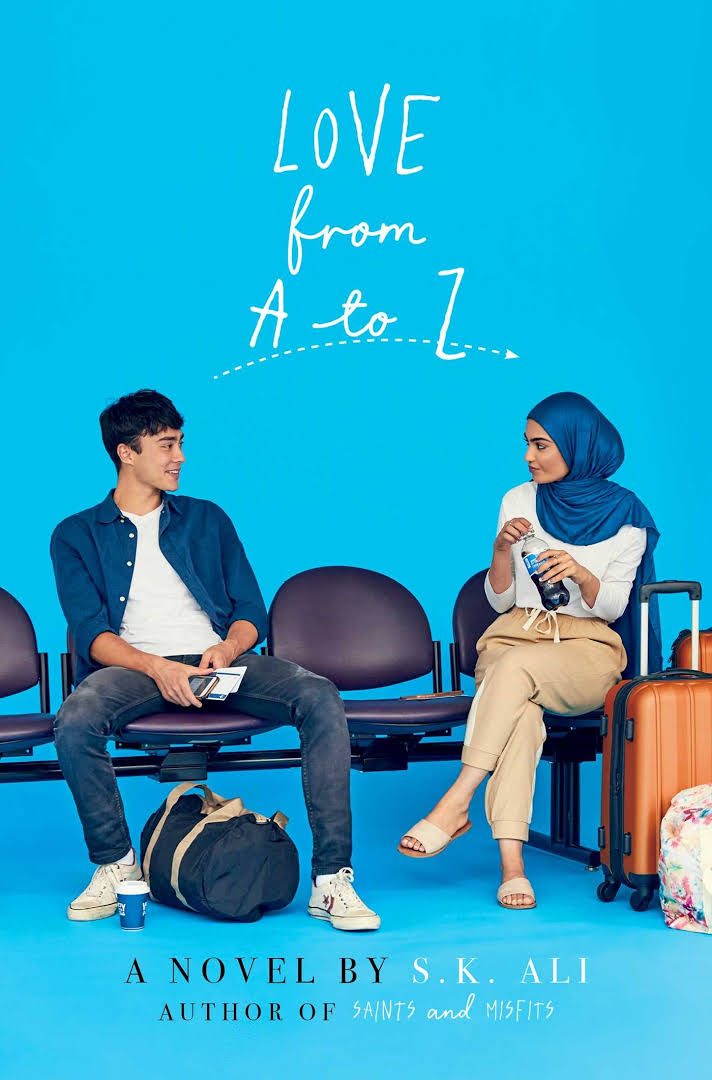 Thank you Salaam Reads for the free (gifted) review copy in exchange for an honest review!

Here’s my attempt to string together a bunch of sentences about the best thing that has ever happened to me.

*Clears throat* When I heard that a book like this was going to exists I was ecstatic. S.K. Ali wrote a book that made me feel seen. Books featuring Muslim characters are quite rare. I’ve made it my goal to read as many books centering around Muslims as possible this year. This book right here is what every Muslim reader should get their hands on. The struggles that Muslim’s go through is depicted so so well. Especially, for girls who wear the Hijab (headscarf).

Zayneb’s feelings resonated with me so strongly. I cried a couple of times during the book, and it’s been so long since I’ve cried properly about a book. Zayneb was so headstrong and such an unapologetic Muslim, and I loved it! Adam was a complete ray of sunshine. In a way I felt like I related to him more. From his actions to the way he thought. Literally everything. Both characters had such complex personalities, and were very different from each other. Both of them had their own difficulties to face. Both dealt with them as best they could and in their own way. I loved their relationship above all, and I loved the way I could relate to them. Especially in the Muslim side of things.

I honestly never thought I’d ever get the chance to read a book like this. My heart is so full and I’m so grateful to have been given the chance to read and review this. I think every Muslim will appreciate the effort that was put into this. I hope this book also helps change the perception of Muslims in the world right now. Because I read this and I felt represented like never before. It brings tears to my eyes just typing this. I want the world to read this book and see things from our point of view. See the way we live and how it’s so unlike what is shown on the media today.

I’ve written many reviews at this point but none have made me feel the way I do right now. Thank you to S.K. Ali for making this Muslim girl feel seen and proud to be who she is.

S. K. Ali is the author of Saints and Misfits. She lives in Toronto with her family, which includes a very vocal cat named Yeti. Her second novel, LOVE FROM A TO Z, a story about finding love in the time of Islamophobia, will be published May 7, 2019 by Simon & Schuster. She also has a co-authored picture book coming out October, 2019, as well as other TBA books.

Have you added Love From A to Z to your TBR?