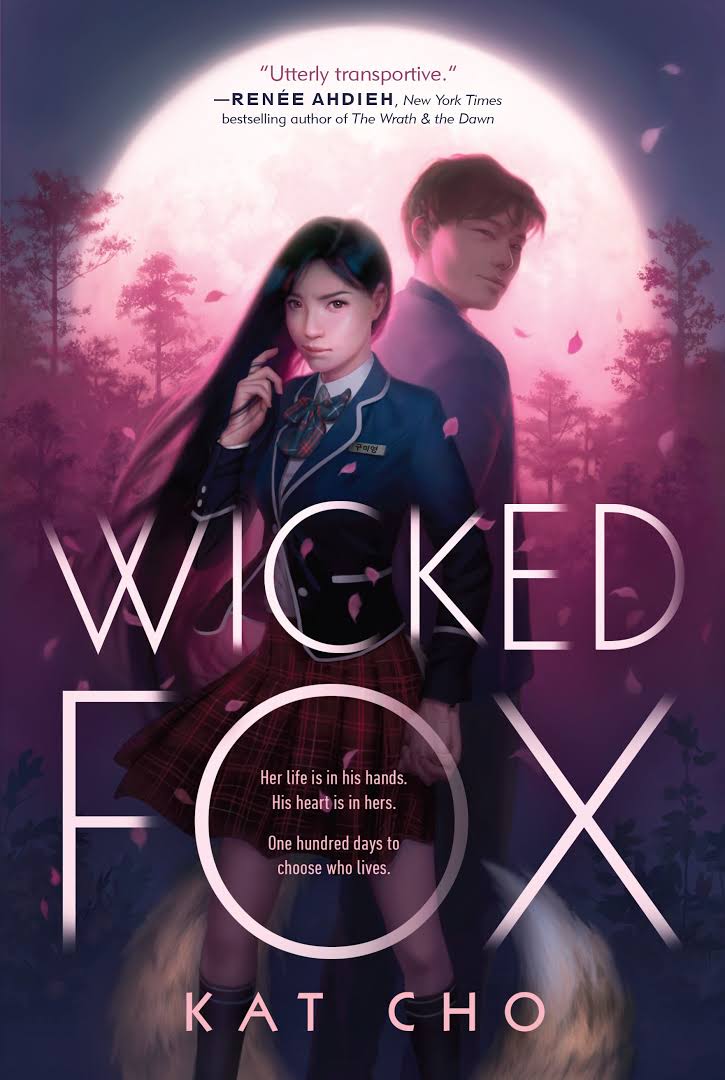 A fresh and addictive fantasy-romance set in modern-day Seoul.

Eighteen-year-old Gu Miyoung has a secret–she’s a gumiho, a nine-tailed fox who must devour the energy of men in order to survive. Because so few believe in the old tales anymore, and with so many evil men no one will miss, the modern city of Seoul is the perfect place to hide and hunt.

But after feeding one full moon, Miyoung crosses paths with Jihoon, a human boy, being attacked by a goblin deep in the forest. Against her better judgment, she violates the rules of survival to rescue the boy, losing her fox bead–her gumiho soul–in the process.

Jihoon knows Miyoung is more than just a beautiful girl–he saw her nine tails the night she saved his life. His grandmother used to tell him stories of the gumiho, of their power and the danger they pose to humans. He’s drawn to her anyway.

With murderous forces lurking in the background, Miyoung and Jihoon develop a tenuous friendship that blossoms into something more. But when a young shaman tries to reunite Miyoung with her bead, the consequences are disastrous . . . forcing Miyoung to choose between her immortal life and Jihoon’s.

“Gumiho,” Jihoon whispered.
The girl’s head whipped around, her eyes bright as fire.
Jihoon knew he should fear her, but instead he felt a strange fascination.

When I heard about this book I knew I had to read it as soon as possible. It was one of my most anticipated releases of 2019. I love books that delve into mythology, especially when it belongs to a different culture. In Wicked Fox we get to follow the adventures of Miyoung, a Gumiho (nine tailed fox) in modern day Seoul after she saves Jihoon (a human boy) from being attacked be a Goblin. Kat Cho’s writing was amazing! I loved every page, and the excitement just seemed to build up the more into the story I got.

The book was like a Kdrama in book form and it just made the overall vibe so much better than it already was. There were also some 1 page chapters explaining the story of the Gumiho which I found really really interesting. I feel like it helped me connect more to the overall story. I also loved that we got to see the characters open up more. Miyoung was closed off for a while throughout the book which was understandable considering that she grew up with a strict and fierce mother. But I enjoyed seeing her connect with Jihoon and for her to finally trust someone. Jihoon was a complete sweetheart and seeing him deal with all that was uncovered just made me love him even more. The characters overall were wonderful, and enjoyed ever minute of this.

I honestly love this book so much! I loved the vibes I got while reading, and I can’t wait for the next book to come out and reveal more of the hidden lies and plot twists. Would definitely recommend!

Kat Cho used to hide books under the bathroom sink and then sneak in there to read after bedtime. Her parents pretended not to know. This helped when she decided to write a dinosaur time-travel novel at the tender age of nine. Sadly, that book was not published. She currently lives and works in NYC and spends her free time trying to figure out what kind of puppy to adopt. Kat’s YA contemporary fantasy debut WICKED FOX comes out with Putnam Books for Young Readers in Summer 2019.

Have you picked up Wicked Fox? What are your thoughts?