Hello Hello! I’m so happy to be bringing this post to you today. A huge thank you to Hear Our Voices BT for including me in the Own Voice blog tour of More Than Just a Pretty Face by Syed M. Masood!

More Than Just a Pretty Face 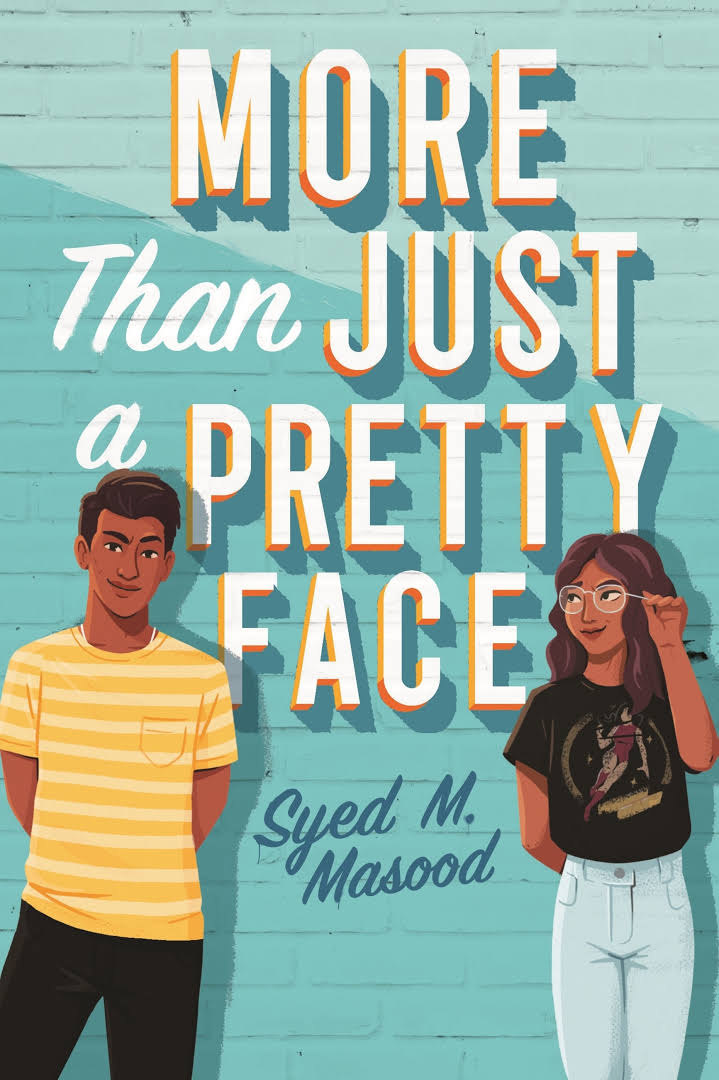 For fans of Becky Albertalli and Jenny Han, a sweetly funny YA rom-com debut about falling in love, familial expectations, and being a Renaissance Man.

Danyal Jilani doesn’t lack confidence. He may not be the smartest guy in the room, but he’s funny, gorgeous, and going to make a great chef one day. His father doesn’t approve of his career choice, but that hardly matters. What does matter is the opinion of Danyal’s longtime crush, the perfect-in-all-ways Kaval, and her family, who consider him a less than ideal arranged marriage prospect.

When Danyal gets selected for Renaissance Man–a school-wide academic championship–it’s the perfect opportunity to show everyone he’s smarter than they think. He recruits the brilliant, totally-uninterested-in-him Bisma to help with the competition, but the more time Danyal spends with her…the more he learns from her…the more he cooks for her…the more he realizes that happiness may be staring him right in his pretty face.

When I started this book I didn’t really know what to expect. The writing was good and it definitely felt like a contemporary. The pacing was pretty quick and after the first two chapters I found myself pretty interested in the story. I didn’t feel hooked until about half way through because that was when everything started picking up. I rarely read contemporary and so this was a pleasant surprise. I’ll be honest and say that there were a lot of topics in this book that I wasn’t expecting. I was very surprised when the topic of Winston Churchill was brought up. I loved that there was this challenge and that we went deeper into his history and the horrible things that he did. I especially loved the Danyal challenged that. I loved that he didn’t give everyone what they wanted to hear and instead unraveled everything and spoke up about what he believed people should know. The book also had a lot of focus on culture and traditions.

I am Muslim so I was really interested to see what this book would bring. I’ll be honest and say that some comments irritated me and some I felt were a little problematic. When it comes to Muslim representation I think most of the time it really depends on the person. Not every Muslim person is the same. I don’t think I have the right to tell anyone what they should or shouldn’t be doing. I’ll just say that the Muslim representation fell a little flat for me personally at times. Some came off as very judgmental and harsh and I was really looking for a character who was moderate and would make me feel seen as a Muslim person. I didn’t really like the stereotype around Muslims being a focus. It’s often shoved in our faces and that annoyed me the most. It didn’t feel like an entirely Muslim centered book and the characters in this definitely don’t sum up what being a Muslim is. There’s a lot of mentions of what it’s like for certain things in Islam but it felt kind of ignored I guess? Some things were explained really strangely and I just didn’t get the reasoning behind it. I honestly read it as just another contemporary mostly. I enjoyed it more that way.

I will be honest and say that for some time I wasn’t really sure how I felt about Danyal. As the story progressed I liked him a little better. Especially when he took on Renaissance Man. Bisma was an interesting character and so was her little sister. I wish we had gotten more of Bisma though. I wanted to understand her a little better. I liked her relationship with Danyal and the way it progressed. I won’t say too much so I don’t spoil this for anyone planning on reading it. Danyal’s friends got a little getting used to and up until now I’m not entirely sure how I feel about them.

Overall, the story was pretty interesting. The best part for me was Renaissance Man and Danyal working out the things that he did and what he presented in the end. I also loved the food mentions and reading about Danyal cooking and all. It felt very comforting and it was a lot different than what I was expecting and it definitely left some room for a lot of thoughts.

“If you read enough books, you figure out how to read people too”.

“If we’re always silent, no one will ever see the world as we see it.”

“You know, in math, we convert from feet to inches and centimetres and stuff. So, for historians, how many brown people are equal to one white person?”

I grew up in Karachi, Pakistan, and currently live in Sacramento, California. There have been plenty of stops in between though. I’m a first generation immigrant, twice over. I’ve been a citizen of three different countries and lived in nine cities.

Living among different people, in different countries at fascinating times in their histories, has shaped both my view of the world and my writing. Ultimately, human beings are the same everywhere (despite the fact that they tell themselves, everywhere, that they are different from each other), and the theme of this fundamental human unity informs everything I write.

As to my life outside of writing, I went to the William and Mary School of Law, and before that attended the University of Toronto, where I studied English Literature. I am currently practicing as an attorney and must “measure out my life in coffee spoons” on a daily basis.

Some members of my family will tell you that I’m also a poet. This isn’t true. I wrote a few poems in Urdu when I was a teenager, and I’ve never heard the end of it…which I wouldn’t mind, honestly, if they were any good. As it is, I’m very happy living in prose, thank you very much.

Other interests include good food, video games, sitcoms, and books of all kinds. Most of my time that doesn’t go to writing or billable hours is consumed by my two children, four and two years of age.