It’s Not About the Burqa 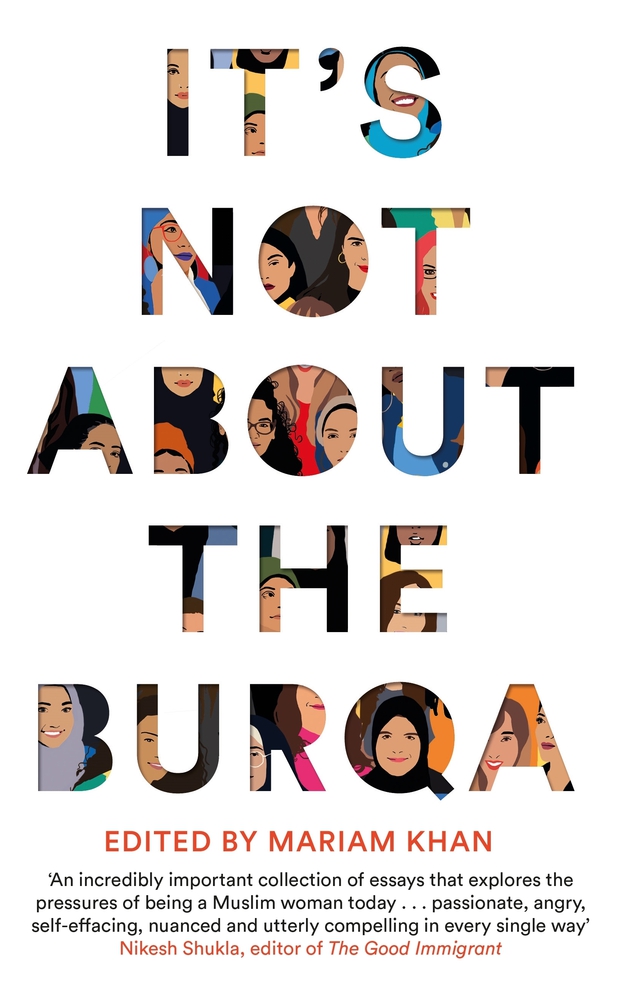 When was the last time you heard a Muslim woman speak for herself without a filter?
In 2016, Mariam Khan read that David Cameron had linked the radicalization of Muslim men to the ‘traditional submissiveness’ of Muslim women. Mariam felt pretty sure she didn’t know a single Muslim woman who would describe herself that way. Why was she hearing about Muslim women from people who were neither Muslim, nor female?
Years later the state of the national discourse has deteriorated even further, and Muslim women’s voices are still pushed to the fringes – the figures leading the discussion are white and male.
Taking one of the most politicized and misused words associated with Muslim women and Islamophobia, It’s Not About the Burqa is poised to change all that.

Thank you Picador for the gifted review copy!

We are not asking for permission any more. We are taking up space. We’ve listened to a lot of people talking about who Muslim women are without actually hearing Muslim women. So now, we are speaking. And now, it’s your turn to listen.

This was one of my anticipated reads of the year. To read a book about Muslim women by Muslim women made me so unbelievably giddy. I can’t explain to you how tired I am of the media distorting our image as they see fit. I’m tired of seeing the same narrative over and over again without anyone listening to what we have to say about ourselves. No one ever really wants to include us in the conversations that are about us. It’s about time that a book like this makes it’s way to the front.

I enjoyed reading about what these women had to share. Reading this showed how different each of their lives were as Muslims. It also proved that they were exactly like everyone else, Women with big dreams and futures and who have accomplished so much already. Reading this book as a Muslim women myself really gave me strength and perspective. Some essays I felt I could relate to more than others. My favorites were The First Feminist by Sufiya Ahmed, There’s No Such Thing as a Depressed Muslim: Discussing Mental Health in the Muslim Community by Jamilla Hekmoun, The Clothes of My Faith by Afia Ahmed, and Feminism Needs to Die by Mariam Khan. These were the ones I felt so deeply and the ones that I truly saw myself in. I felt like they were written for me. There were so many things that had me nodding my head because I thought, “wait a minute, I’ve thought this a million times.” And now there was someone else who felt the same.

I’m truly hoping that there will be more books like this.

Have you read It’s Not About the Burqa or are planning to?