Geralt of Rivia is a witcher. A cunning sorcerer. A merciless assassin.

And a cold-blooded killer.

His sole purpose: to destroy the monsters that plague the world.

The international hit that inspired the video game: The Witcher.

“People”—Geralt turned his head—“like to invent monsters and monstrosities. Then they seem less monstrous themselves.”

I’m finally writing this review! I’m not even sure what I want to touch on first, but this book got me right out of my reading slump. I’ll admit, I didn’t know what to expect when I started this. I’d been eyeing this book series since last year but only this year did I get around to starting it. Definitely don’t regret it.

The story follows Geralt of Rivia (The Witcher) as he remembers his previous endeavors over the years. This book really gives you an idea about what Geralt does and what it means to be a Witcher. Definitely where you should begin if you’re planning on reading this series. What I loved the most about this book is the amount of magic and whimsy that’s in it. It had serious themes and moments and there were others that were the complete opposite. No matter which story I was on, all I wanted was more. I wanted to learn more about Geralt and more about the world and characters. Each story also came with a twist and I honestly wasn’t expecting a single one. On top of that, each one was just as clever and surprising as the last.

“There’s a grain of truth in every fairy tale,”

I loved Geralt as a character. These books weren’t what I was expecting at all. I enjoyed reading about the world, I loved the adventures (as short as they felt), and I think this might become one of my favourite fantasy series? who knows. I’m definitely continuing the book series. I need to know where this story goes and I definitely need to start the tv series. 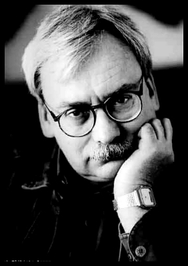 Andrzej Sapkowski, born June 21, 1948 in Łódź, is a Polish fantasy writer. Sapkowski studied economics, and before turning to writing, he had worked as a senior sales representative for a foreign trade company. His first short story, The Witcher (Wiedźmin), was published in Fantastyka, Poland’s leading fantasy literary magazine, in 1986 and was enormously successful both with readers and critics. Sapkowski has created a cycle of tales based on the world of The Witcher, comprising three collections of short stories and five novels. This cycle and his many other works have made him one of the best-known fantasy authors in Poland in the 1990s.

Have you read The Last Wish?

4 thoughts on “Book Review | The Last Wish (The Witcher, #0.5) by Andrzej Sapkowski”