Seventeen-year-old Iris Hollow has always been strange. Something happened to her and her two older sisters when they were children, something they can’t quite remember but that left each of them with an identical half-moon scar at the base of their throats.

Iris has spent most of her teenage years trying to avoid the weirdness that sticks to her like tar. But when her eldest sister, Grey, goes missing under suspicious circumstances, Iris learns just how weird her life can get: horned men start shadowing her, a corpse falls out of her sister’s ceiling, and ugly, impossible memories start to twist their way to the forefront of her mind.

As Iris retraces Grey’s last known footsteps and follows the increasingly bizarre trail of breadcrumbs she left behind, it becomes apparent that the only way to save her sister is to decipher the mystery of what happened to them as children.

The closer Iris gets to the truth, the closer she comes to understanding that the answer is dark and dangerous – and that Grey has been keeping a terrible secret from her for years.

“My sisters. My blood. My skin. What a gruesome bond we shared.”

I’m here to declare that I love creepy and eerie books. I’m slightly behind on my new releases this year but I knew I wanted to read this one immediately. I fell in love with the book cover and went into it with my breath held. I honestly didn’t know what to expect from this one. I read the synopsis a long while back and couldn’t really remember it exactly. Instead of reading the synopsis again, I decided to just jump right in.

This book started perfectly! I was invested from the first chapter and something kept telling me I was going to love it. It was disturbing in places and felt twisty a lot of the time. This is one of those books where you feel your skin crawl a lot of the time but you’re so in love with it. Couldn’t put the book down! I could feel that there was a really dark secret at play and my head went in so many directions with the guessing.

I loved how different the girls were. Despite being sisters and growing up together, each one of them was incredibly unique. I loved what each of them added to this story and I loved getting to know each of them better. The writing was so good! It was descriptive without ever being too much. It definitely kept the creepy vibes alive and well throughout. A lot of the books I read put me in a certain mood and this one was a complete delight and all I felt were vibes. A roller coaster of emotion and the whole reveal towards the end was wild!

“As a child I was obsessed with mysteries – probably because I was one.”

I haven’t read many YA horror/mystery but I’m sure this will always be one of the best ones for me no matter which others I read. I felt more creeped out than scared most of the time but I’d be lying if I said I didn’t have some freaked out moments. Can there be jump scares in books? It felt that way for me from time to time. I was completely mesmerized by this one. A lot of the time it felt like a dark fairytale mixed with a really weird dream. I fell in love with it even more than I thought I would.

Definitely one of my favourite reads this year! It reminded me a lot of how twisted Holly Black’s books tend to be and I wholeheartedly recommend if you love her work. Well, I recommend this one either way. 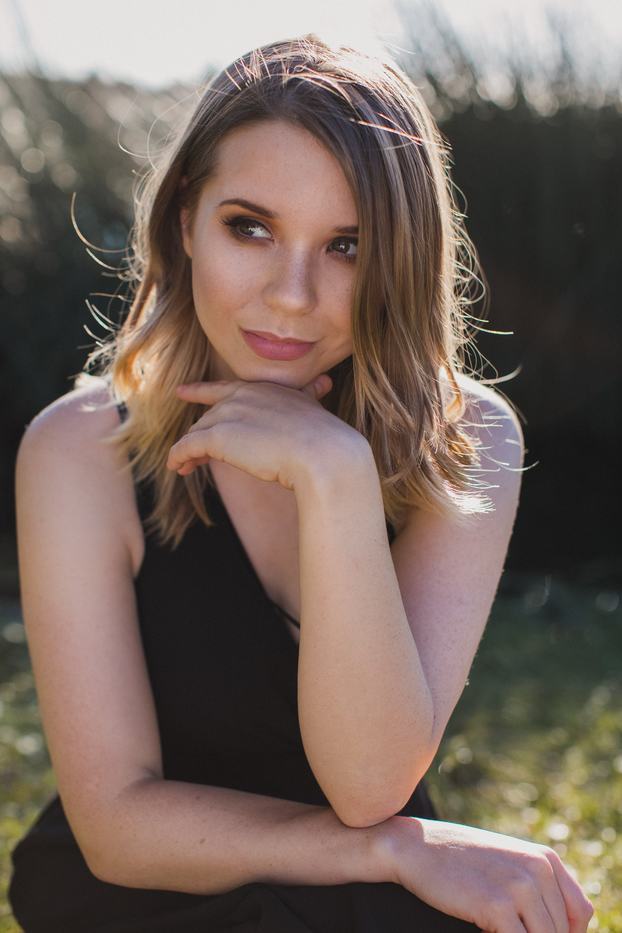 Krystal Sutherland is an internationally published author. Her latest novel for young adults, House of Hollow, was released by Penguin in April 2021. Sutherland’s first novel, Chemical Hearts, was published in over 20 countries and was named by the American Booksellers Association as one of the best debuts of 2016. The film adaptation, produced by Amazon Studios, stars Lili Reinhart (Riverdale) and Austin Abrams (Dash & Lily); Sutherland served as an executive producer on the project. Her second novel, A Semi-Definitive List of Worst Nightmares, was published to critical acclaim in 2017 and has been optioned for adaptation by Yellow Bird US. In 2018, she appeared on the annual Forbes “30 Under 30” list. Originally from Australia, she has lived on four continents and currently calls London home.

Have you read House of Hollow?

4 thoughts on “Book Review | House of Hollow by Krystal Sutherland”