Welcome to my stop of The Final Child blog tour! I’m so excited to be sharing my review for this intense read. A huge thank you to Titan Books for the review copy and for including me in this blog tour. 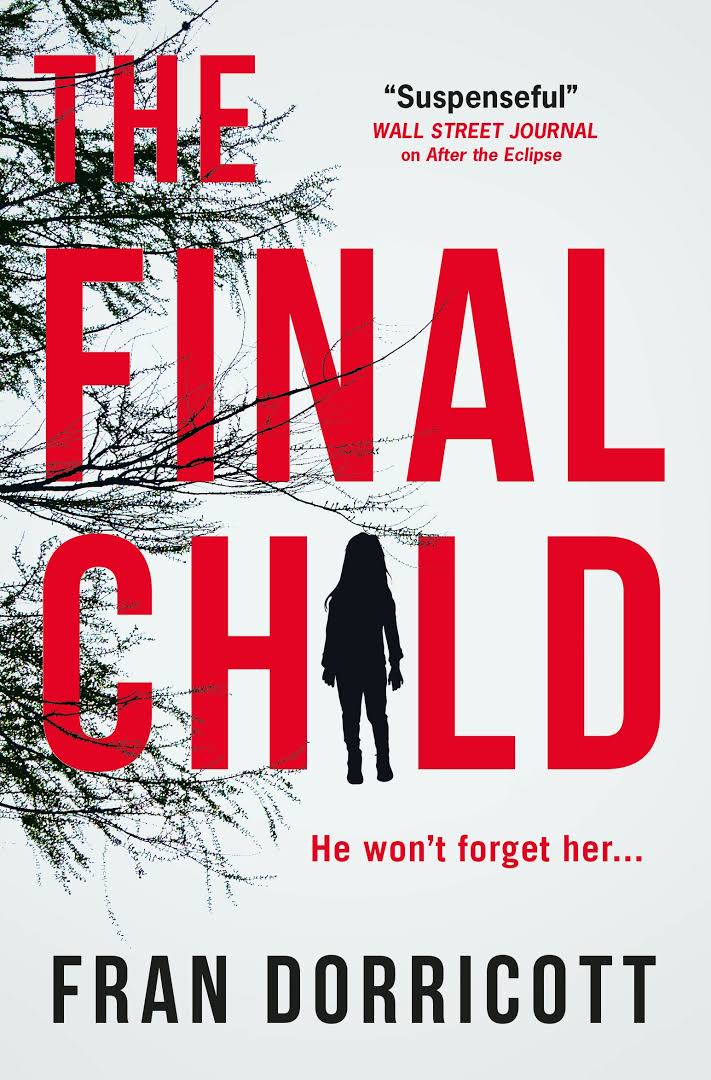 A stunning psychological thriller from the author of After the Eclipse, for readers of Ruth Ware and S.K. Tremeyne.

Erin and her brother Alex were the last children abducted by ‘the Father’, a serial killer who only ever took pairs of siblings. She escaped, but her brother was never seen again. Traumatised, Erin couldn’t remember anything about her ordeal, and the Father was never caught.

Eighteen years later, Erin has done her best to put the past behind her. But then she meets Harriet. Harriet’s young cousins were the Father’s first victims and, haunted by their deaths, she is writing a book about the disappearances and is desperate for an interview. At first, Erin wants nothing to do with her. But then she starts receiving sinister gifts, her house is broken into, and she can’t shake the feeling that she’s being watched. After all these years, Erin believed that the Father was gone, but now she begins to wonder if he was only waiting…

Where to start talking about The Final Child? I read the synopsis and knew right away that I wanted to read it. Was I expecting it to be as terrifying as it was? Definitely not. The suspense really built up in this book. I could feel it getting more intense with each chapter. More questions kept popping in my head the more I read, I just couldn’t put this book down!

The concept of this book is very unique. I haven’t read that many thrillers but I knew this story would be one of a kind. I’ll be honest with you, I was terrified throughout most of this book. The concept itself is scary and I’m not easily scared when reading books but this did it. I could hear my heart beating in my ears and the same questions kept repeating in my head, what exactly is going on? The first half of the book was interesting if a little on the slow side but I knew it was building up to something big so I eagerly kept reading. I enjoyed that it was told from both Harriet and Erins points of view. It was nice to know what each of them was feeling and thinking, especially when they were apart. I do wish there had been more of a difference in their voices. At times I felt like I was reading from the same person and I got a little confused and had to check whose chapter I was reading.

I’ll admit, I was not expecting certain chapters here. I won’t say what I’m talking about to avoid ruining it for anyone but those took me by surprise! It was a nice change. The second half of the book was honestly terrifying. I was so scared about what would be revealed but I also really needed to know. I might have guessed at once of the reveals and finding out I was right was surprising, to say the least. I expected it but I also…didn’t? The last bit of the book was the wildest ride! I was so scared for both of our characters. The end left me with some serious questions. I was expecting closure but damn did the author freak me out with that one!

Highly recommend this for the thriller lovers out there! Especially if you’re looking to get scared in between all the guesswork. I truly enjoyed it (is enjoy the right word?) it kept me hooked for the longest time and that’s exactly what I was hoping it would do.

Fran Dorricott is a bookseller and author. She studied creative writing at the  University of East Anglia, and she received a distinction for her MA in Creative Writing from City University London. Her day job in a bookshop is secretly just a way for her to fuel her ridiculous book-buying addiction. The opportunity to draw inspiration from the many wonderful and whacky customer requests is also a plus. She tweets @franwritesstuff.