The Kingdom of Copper 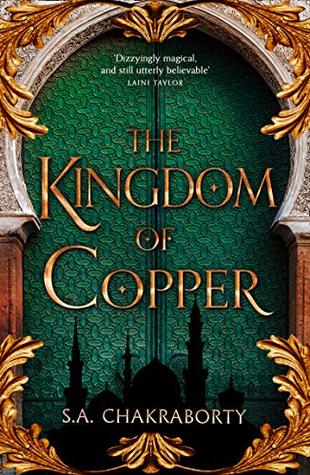 Nahri’s life changed forever the moment she accidentally summoned Dara, a formidable, mysterious djinn, during one of her schemes. Whisked from her home in Cairo, she was thrust into the dazzling royal court of Daevabad—and quickly discovered she would need all her grifter instincts to survive there.

Now, with Daevabad entrenched in the dark aftermath of the battle that saw Dara slain at Prince Ali’s hand, Nahri must forge a new path for herself, without the protection of the guardian who stole her heart or the counsel of the prince she considered a friend. But even as she embraces her heritage and the power it holds, she knows she’s been trapped in a gilded cage, watched by a king who rules from the throne that once belonged to her family—and one misstep will doom her tribe.

Meanwhile, Ali has been exiled for daring to defy his father. Hunted by assassins, adrift on the unforgiving copper sands of his ancestral land, he is forced to rely on the frightening abilities the marid—the unpredictable water spirits—have gifted him. But in doing so, he threatens to unearth a terrible secret his family has long kept buried.

And as a new century approaches and the djinn gather within Daevabad’s towering brass walls for celebrations, a threat brews unseen in the desolate north. It’s a force that would bring a storm of fire straight to the city’s gates . . . and one that seeks the aid of a warrior trapped between worlds, torn between a violent duty he can never escape and a peace he fears he will never deserve.

Binging a book series/trilogy isn’t something I do often and I haven’t done it in so long, until this trilogy came along. The first book was my book club’s pick for July and within a few days of finishing it I started this one. You better be ready for a review full of rants because that’s what you’re about to get.

I wasn’t ready for the emotional turmoil that I went through because of this book. The City of Brass left my mind whirling with thoughts and I just couldn’t put off reading this one for too long. I was hooked from the very first page. Within the first few chapters I was sucked right back into the world. The characters and their stories have come to mean so much to me. It isn’t just because the story is fantastic, it’s also because of the heavy cultural references. There’s so much in this that just makes it feel like home. The mentions of some dishes, the Arabic that’s mixed in, and there are so many cultures mixed in and it just made me feel so seen. It reminded me that it was possible to draw so much from these cultures and the story would just become richer.

The writing was enchanting and it was so easy to get lost in it for hours without really realizing it. We got a deeper look at the characters in this one too. We got to read from Nahri, Ali, and Dara’s perspectives. It made reading so much more interesting. I loved seeing things from their eyes because it showed you their thought process and a deeper understanding about their beliefs even if it isn’t something you agree with, it’s still interesting to read about. What I find the most interesting is the political intrigue. I personally didn’t find myself siding with any of the groups. They all held century old prejudices that they just wouldn’t let go of. Everyone wanted to wage war against the other. No one wanted to find some kind of compromise, and even the ones who insisted that there was one were extremely prejudiced and did nothing to stop the injustices being committed.

When it comes to characters I couldn’t stop myself from loving Nahri. She’s strong and determined. She has had to put up with so much and has had to do things she doesn’t want to do. I admired her strength and I just loved how she refused to let anyone control her, especially when it came to other people suffering. She’s also kind hearted and you can tell she’s trying her best to do what’s right for her people and everyone else. Moving on to Ali. He happens to be another favorite. I was a bit conflicted in the first book when it came to his chapters but when starting book two I found myself looking forward to them. Ali is one of the most kind hearted people out there. I keeps trying to help people and everytime he does it just backfires on him. I warmed up to him so much in this book. He’s strong in such a different way from the other characters. I don’t really know what else to say because I don’t really have the right words to describe him. I just loved him in this one. Now, we also got to read from Dara’s point of view. If you’ve read my review of The City of Brass then you know how I felt about him. Reading his chapters added so much more to the feelings that already existed. Being in his head was dark but also full of hope. He doesn’t seem to ever catch a break. He has suffered and has made others suffer as well, regardless of the way he feels about it. He’s constantly being manipulated and even when he tries to pull back something else is held over him to make him yield. I don’t agree with the things that he has done or has been made to do more accurately but I also want him to be happy. I think they’ve all gone through enough. We also had Manizeh who in a way I could understand why she was doing the things she did but I still just hated her.

Most of the book was slow going. I’ve never had a problem with slow books to be honest unless I’m really not invested. Even though the story took some time I didn’t mind. I was really looking forward to some action though, especially since I knew what was coming from reading the other character chapters. The last 100 or so pages where a whirlwind of action. There was so much going on and I just felt like I couldn’t read fast enough! The things that unfolded in those pages had me panicking for multiple different reasons. I’m so excited (and also scared) to read the final book. I don’t know where anything is going but I’m ready! (I think?)

Overall, this trilogy has started to mean so much to me. I’m sad to be nearing the end but I’m really hoping this won’t be the last we see from the characters. Also this trilogy is officially my brand and I don’t think I’ll ever stop talking about it. 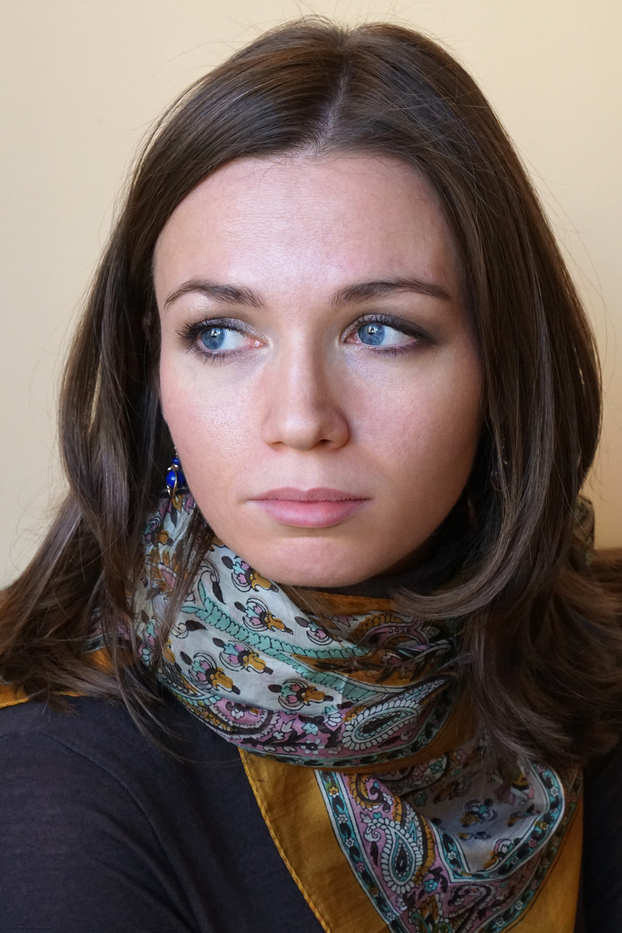 S. A. Chakraborty is the author of the critically acclaimed and internationally best-selling The Daevabad Trilogy. Her work has been nominated for the Locus, World Fantasy, Crawford, and Astounding awards. When not buried in books about thirteen-century con artists and Abbasid political intrigue, she enjoys hiking, knitting, and re-creating unnecessarily complicated medieval meals. You can find her online at www.sachakraborty.com or on Twitter and Instagram at @SAChakrabooks, where she likes to talk about history, politics, and Islamic art. She lives in New Jersey with her husband, daughter, and an ever-increasing number of cats.

Are you planning to pick up The Daevabad trilogy?

26 thoughts on “Book Review | The Kingdom of Copper (The Daevabad Trilogy, #2) by S.A. Chakraborty”