Galaxy “Alex” Stern is the most unlikely member of Yale’s freshman class. Raised in the Los Angeles hinterlands by a hippie mom, Alex dropped out of school early and into a world of shady drug dealer boyfriends, dead-end jobs, and much, much worse. By age twenty, in fact, she is the sole survivor of a horrific, unsolved multiple homicide. Some might say she’s thrown her life away. But at her hospital bed, Alex is offered a second chance: to attend one of the world’s most elite universities on a full ride. What’s the catch, and why her?

Still searching for answers to this herself, Alex arrives in New Haven tasked by her mysterious benefactors with monitoring the activities of Yale’s secret societies. These eight windowless “tombs” are well-known to be haunts of the future rich and powerful, from high-ranking politicos to Wall Street and Hollywood’s biggest players. But their occult activities are revealed to be more sinister and more extraordinary than any paranoid imagination might conceive.

Thank you Flatiron Books for gifting me a review copy in exchange for an honest review!

“We are the shepherds”

I’m trying to write a really calm and professional review here but after reading this book I don’t think there’s a possibility. Ninth House was everything. I read the synopsis of the book once when it came out and never again. I was sold from the first read, and I knew this was going to be a book I wanted to read. I had a feeling that I’d enjoy it. This book is Leigh Bardugo’s first adult book, and let me just say that you definitely will not be disappointed.

Ninth House is told from two perspectives, Alex Stern and Darlington. With the two of them (but mostly Alex) we follow their work with the secret societies at Yale. This book was spectacular in every sense of the word. It has everything from horror to magic to deadly societies and ghosts. The story was extremely complex and it had me guessing at every page. I couldn’t put it down even if I wanted to. It’s the kind of book that keeps you hooked and interested until you turn the last page and realize that it’s over.

So much happens in this book. I can’t even begin to explain how much there is for you to look forward to. So much mayhem and plot twists. It has been a while since I’ve read a book that has shocked me but this book right here managed to do just that. Multiple times. We follow Alex through most of the book and honestly this girl is a mystery on her own. From trying to solve and investigate the societies to trying to figure out who Alex is and uncovering her life before her joining Yale. Definitely a character who isn’t predictable. And Darlington is another favorite. I would give up everything for him. We only had a few chapters from his perspective but I loved him regardless.

One thing is certain though. This book is intoxicating and definitely not a book you can breeze through. Bardugo deals with themes that people shy away from talking about in our societies. She mentioned that it would be disturbing and she was definitely right about that. The book deals with things like gender and racial discrimination, as well as rape on campuses, and how much people with power can get away with. It takes a lot of energy to get through this book. I found myself putting it down a few times just so that I could take a few breaths or to process what went on. Just remember that your mental health is the most important. A lot happens in the book that’s disturbing. It’s my first time reading a book like this to be honest. I know the book won’t be for everyone. It’ll be too heavy at times and if you decide that the book isn’t for you that’s okay. Again, your mental health is the most important.

Also, this book is NOT young Adult. The book is classified under adult by the author and her publishers. 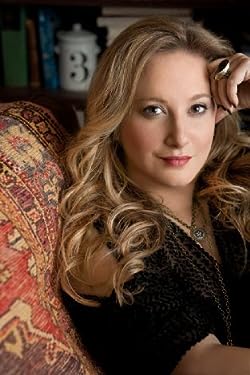 Leigh Bardugo is a #1 New York Times bestselling author of fantasy novels and the creator of the Grishaverse. With over three million copies sold worldwide, her Grishaverse spans the Shadow and Bone Trilogy, the Six of Crows Duology, The Language of Thorns, and King of Scars—with more to come. Her short stories can be found in multiple anthologies, including The Best of Tor.com and the Best American Science Fiction & Fantasy. Her other works include Wonder Woman: Warbringer and the forthcoming Ninth House.

Is Ninth House on your TBR?